In 1978, Interstate 565 was still a decade away from major construction. Madison was still a small town. And development on University Drive ended at Sparkman.

The following images are from a newspaper supplement describing updates to the precursor to the Long-Range Transportation Plan (the “Major Street Plan”). 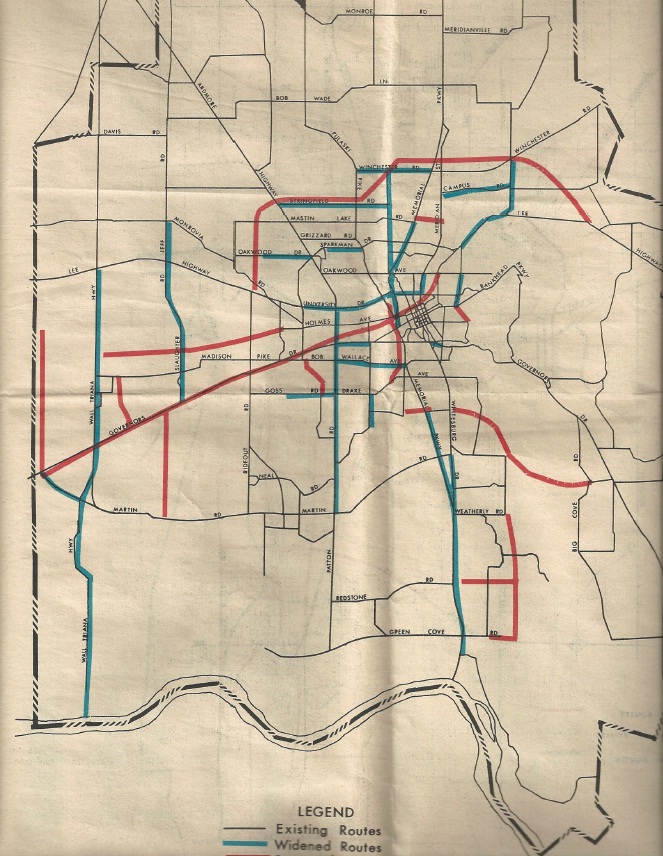 This first image shows the proposed improvements to roads in the Study Area, with blue lines indicating widened roads and red lines showing proposed roads. Some of the projects shown: 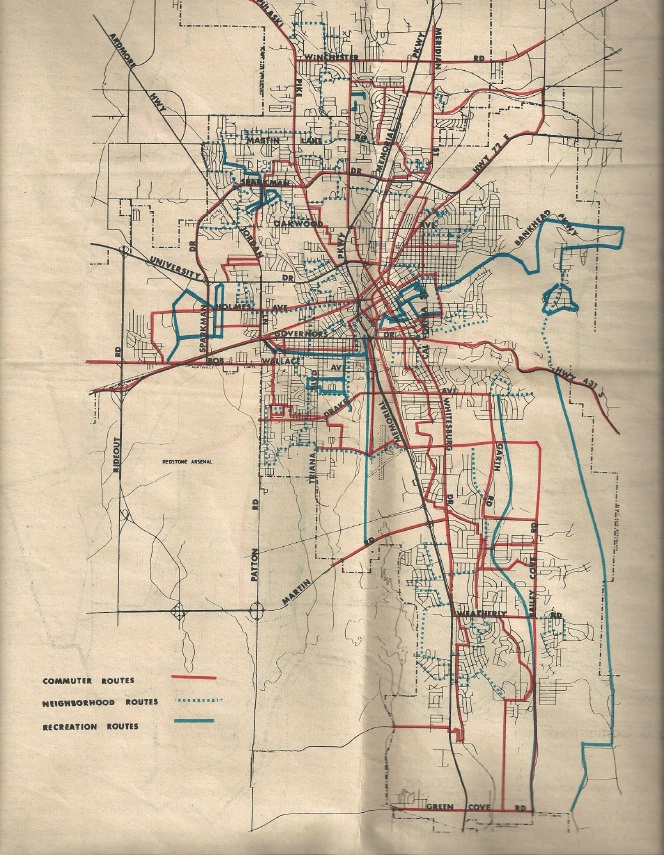 This image above shows a proposed bikeway plan for the city of Huntsville. Here’s what the supplement said about this plan:

“The Huntsville Planning Commission has adopted a Bikeway Plan which proposes a system of separated and on-street bikeways to serve the area schools and to offer alternatives to travel on major thoroughfares for the bike rider… The plan calls for the construction of approximately 250 miles of bikeways throughout Huntsville. Immediate implementation of the plan has been divided into three phases:

1. Phase I, which is almost complete, provides marked on-street bikeways around 23 of the city’s 34 public schools and proposes construction of separated routes where it is necessary to separate the bike rider from major thoroughfares.

2. Phase II, which will get underway during the upcoming year, proposes to connect the University of Alabama in Huntsville, Cummings Research Park and Alabama A&M University with the completed first phase.

3. Phase III proposes routes to fill in the southeast section of the city and tie it with southwest Huntsville routes by following Drake Avenue. A recreational route to the top of Monte Sano is also proposed as part of Phase III.

The first three phases of the bikeway plan are being implemented through annual appropriations in the city budget for bikeway construction. The remainder of the plan has not yet been programmed for implementation…”

We’re not sure why most of the plan wasn’t completed. Only one segment was built– the Aldridge Creek Greenway, which opened in the early 1990s. 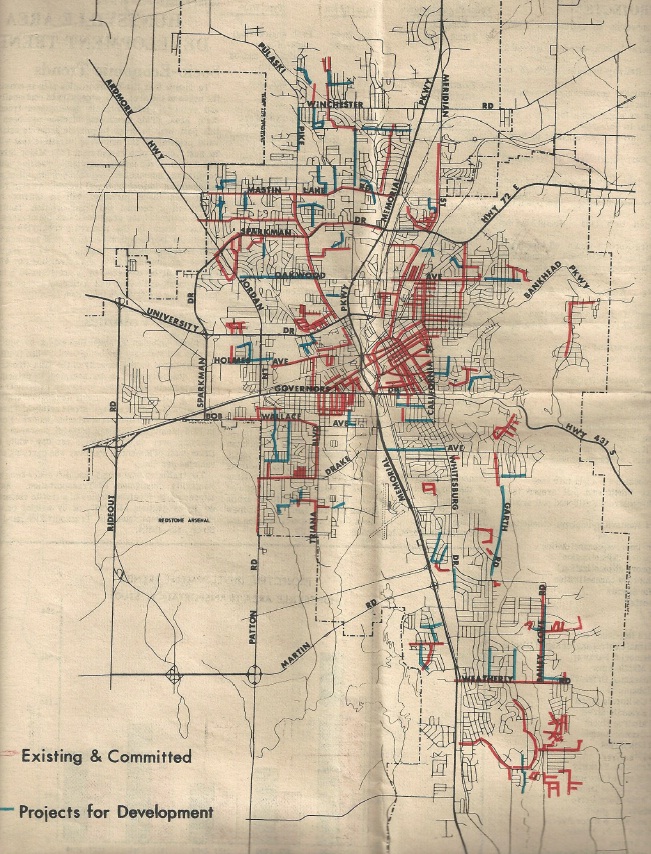 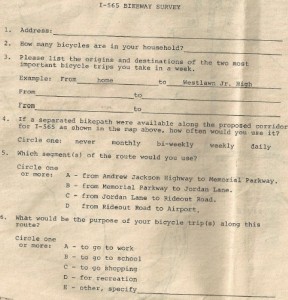 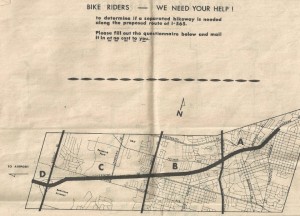 On the last page of the supplement, there was a survey for readers to fill out regarding a proposal to build a bikeway parallel to 565 from the Airport to Andrew Jackson Way. We’ll take a look at the last plan– released in 1981– that showed the “required” bikeway along the interstate in a future Archives post.

Special thanks to Opal Meek for donating this supplement to the MPO.